You are here: Home1 / Uncategorized

Dear Members of the Andros Yacht Club,
We hope you are all well and we wish you, as much as is possible, a pleasant and carefree summer.
With this letter we would like to inform you about the upcoming elections of the Andros Yacht Club, since significant changes have taken place in the existing legislation.
A) According to article 41 of law 4807/2021 that was published in the Government Gazette A-96/2021, the term of the sports clubs BOD was extended – as is the case for NOA – until 31.10.2021.
B) According to the last joint ministerial decision that is in force (Δ1α/ΓΠ.οικ.44779, ΦΕΚ Β 3117/16.7.2021) which is valid until July 26, 2021 and until further notice, depending on the course of the pandemic, the NOA elections can only be held digitally and not in person, since the registered members of NOA exceed 150.
C) In view of the above and provided there are no other legislative changes in the meantime, the Board of NOA has decided to convene their Annual General Meeting (AGM) on Monday, August 30, 2021 at 11.00 am and, in the event they do not meet a quorum, on Tuesday 31 August 2021 at 11.00 am by way of a digital platform, employing the procedure defined by Law 4778/2021.

Specifically, the AGM will be held using a modern digital platform, with image and sound, that supports simultaneous communication of more than two (2) individuals. Details will be announced to you in a timely manner with our next letter. Voting on the issues of the agenda as well as the nominations will be conducted in accordance with the Law, using the information system “Digital Ballot Zeus” of the societe anonyme under the name “National Network of Technology and Research Infrastructure S.A. (E.D.Y.T.E. S.A.), which ensures the confidentiality and purity of the elections. Voting and elections will be held before a three-member Election Committee, composed of lawyers, chaired by a lawyer appointed by the Court of Appeals or the Supreme Court. The members of the Election Committee and their deputies, in the case of their absence, are appointed no later than twenty (20) full days before the date of the elections by Syros Bar Association following the relevant request from NOA that has already been submitted. Upon calling the Election Committee to order, the President is appointed, whom also has the role of administrator of the electoral process.

AT least ten (10) full days before the Annual General Meeting the electoral list is compiled which includes the members of the club who have the right to participate and vote in the AGM.
In view of the above, please note that it is very important to settle your financial obligations with NOA timely, in order to be included in the voters’ list, because it will not be possible to settle your outstanding fees at the last minute or on the day of the elections.

At least eight (8) full days before the AGM, the list of voters is sent in electronic form, as an Excel file, to the Chairman of the Election Committee. Voter lists include the full name, father’s name, e-mail address and tax identification number of each voter, which is also the “unique number” of each voter.
The Election Committee, through its Administrator, obtains the passwords for the system “Digital Ballot Zeus” from E.D.Y.T.E. S.A. after submitting a request, which is sent to E.D.Y.T.E. S.A. (at the email address helpdesk@zeus.grnet.gr) and is copied to the relevant sports federation or association at least ten (10) full days before the day of electronic voting. Passwords in the “ZEUS Digital Ballot” system are delivered only to the Administrator. If there is a need to replace the Administrator, he must hand over his/her passwords to the substitute member who will fill his/her position and must also forward to the substitute member whatever messages about the process he/she has received from the “ZEUS DIGITAL Ballot” system.
At least five (5) full days before the voting procedure begins, the Election Committee sends via the system “ZEUS Digital Ballot”, to all its registered voters, in the first instance a special-personalized email informing them about the electronic elections procedure and then, after the completion of each vote and no later than 48 hours before the start of the voting, a second special personalized email, which includes the specific personalized website address (URL) where the voter exercises his right to vote, as well as any other necessary information. Any voter may, prior to the commencement of the election process, contact the subject Election Committee, in case he/she has not received either of the above two special personalized emails, if any of these messages are incorrect or incomplete or if the voter has been incorrectly omitted by the electorate. The authentication of each voter is achieved, in addition to the specific personalized website address he/she has received, by using their Taxisnet codes.
After his/her authentication, the voter can enter the “ZEUS Digital Ballot” system and follow the appropriate steps for registering his/her vote, and after registering his/her vote in the electronic system, he/she receives a digital ballot receipt via personalized email. This proof is the only encrypted proof of his/her participation in the election and must be submitted together with any objection that the voter has to the Election Committee.
At least five (5) full days before the scheduled day of the AGM, NOA sends to the Chairman of the Election Committee, via email and in electronic form (Excel file), the table with the full name and father’s name of each candidate. It is therefore brought to your attention that those who are interested in proposing themselves either for the position of Commodore or for the position of member of the Board, or for the position of member of the audit committee, should do so in a timely manner in accordance with the above by sending a relevant email to info@noa.com.gr at least six (6) full days before the start of the AGM. In the subject message you should specify whether you wish to run for the position of Commodore or member of the Board or member of the audit committee.

The procedure of the election of the Board is carried out with a single ballot paper of candidates for commodore and board members. The ballot papers are divided into two-sub-sections. In the first part, which is placed at the top of the ballot paper, the names of the presidential candidates are listed in alphabetical order. In the second section, the names of the members of the Board are also listed in alphabetical order. The voter votes for the commodore candidate and the Board members of his/her choice with a cross marked next to their name.
The voter places one (1) cross next to a candidate for Commodore of his/her preference and is entitled to place a cross next to candidates up for election for Board members, of up to two thirds (2/3) of the total of the candidates to be elected, including that of the President. If during the calculation of the crosses results in a decimal number, this will be rounded up to the next integer. Given that NOA has a 10-member Board, each voter can select up to 7 candidate members. The election result is determined by the majority number of votes collected for each candidate. A candidate for Commodore who receives at least twenty-five percent (25%) of valid votes during the first ballot is elected as member of the Board of Directors, occupying the position of the candidate member who is elected, having received the fewest votes of preference. In the case of a tie between two or more commodore candidates, the Commodore shall be elected by an absolute majority of all the elected board members during the first meeting, which shall be convened for the purpose of forming a body. In the case of a tie between candidate members, if the tie is between candidates that have received the fewest votes, the final ranking is done by a draw in front of the Election Committee. The number of candidates, as well as those elected to the Board of Directors, must be for each gender at least equal to one third (1/3) of the number of seats to be elected, including that of the Chairman. If a decimal number appears in the calculation based on the above equation, it is rounded up to the next integer. Given that NOA has a 10-member Board, there must be at least 4 candidates from each gender and at least 4 from each gender must be elected.
The Vice-Commodore, the Secretary and the Treasurer of the Board are elected, by an absolute majority, by all the elected board members during the first meeting convened for the purpose of forming a body.
There will be a separate electronic voting platform for each vote on the agenda items.
The finalization of each ballot must take place at least 48 hours before the elections begin. Following the finalization of the ballots, no changes may be made to the candidates and the items to be voted on.
We also remind you that only the members who have completed one (1) year or more from their registration have the right to vote and to be elected.
As you may appreciate, this is a completely new procedure and the situation changes every week depending on the course of the pandemic. We will inform you of any updates and please do not hesitate to contact us for any questions you may have. 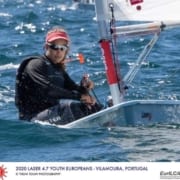 Our country won 1st and 6th place in boys category. Many congratulations to all the Greek athletes who participated and for their effort in an extremely difficult period. 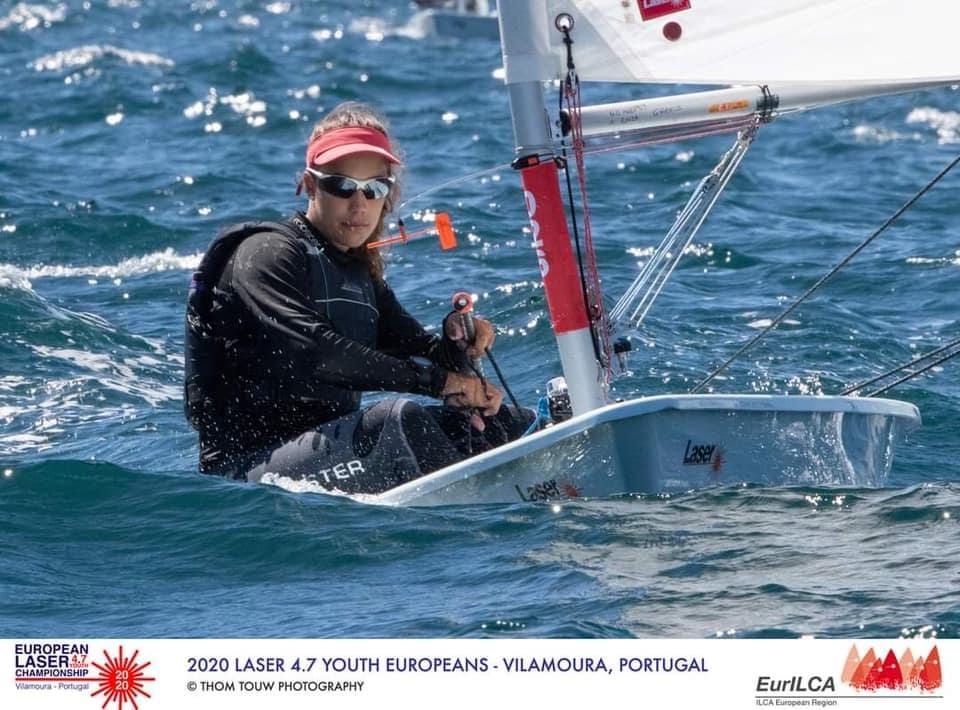 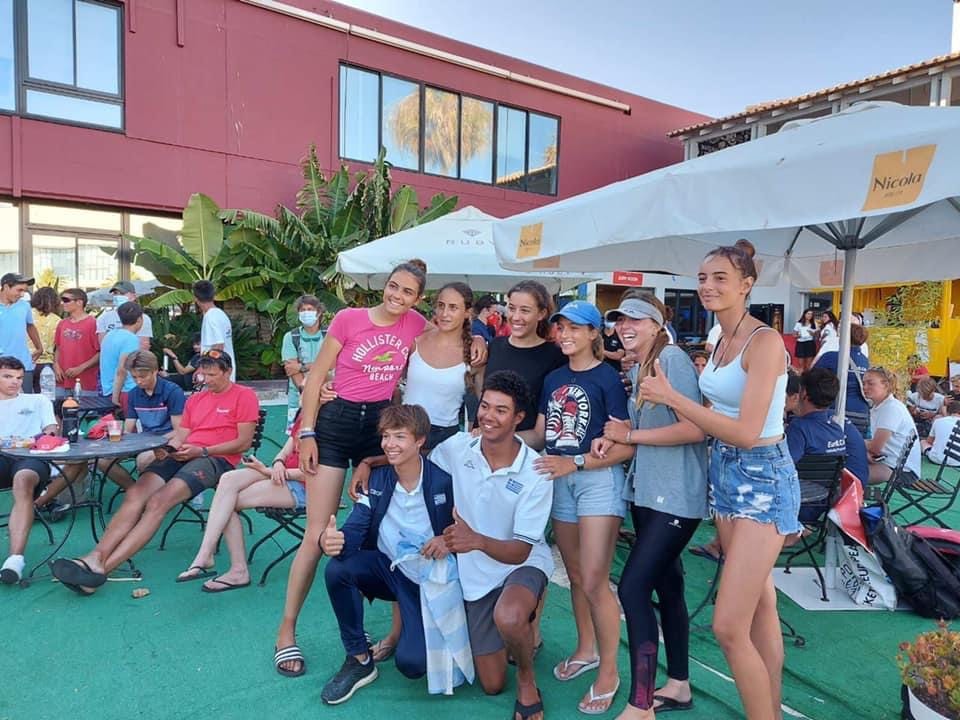 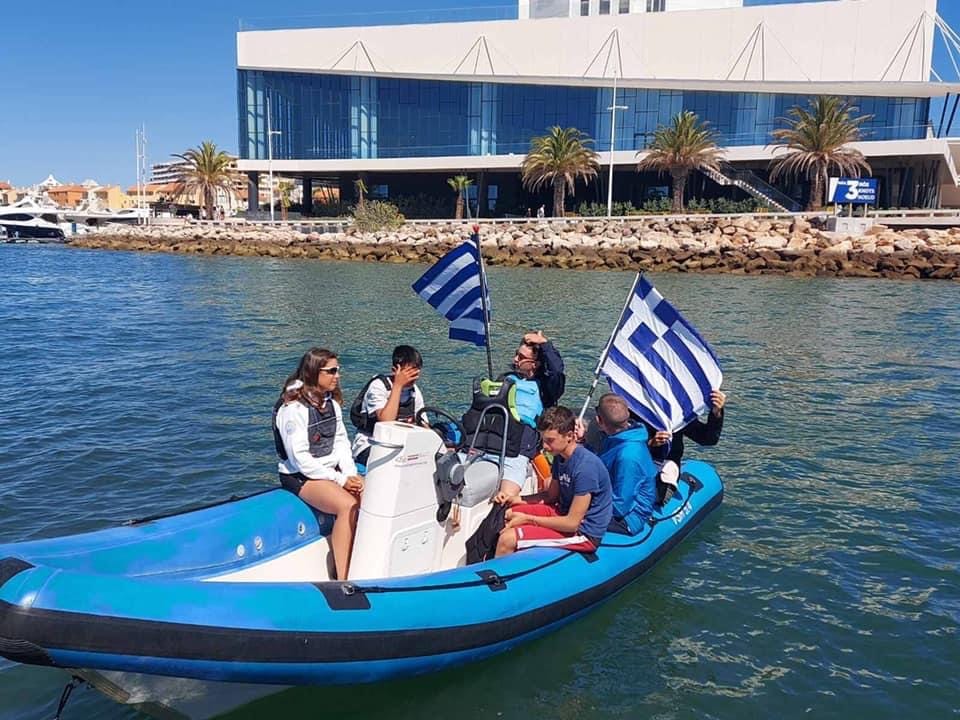 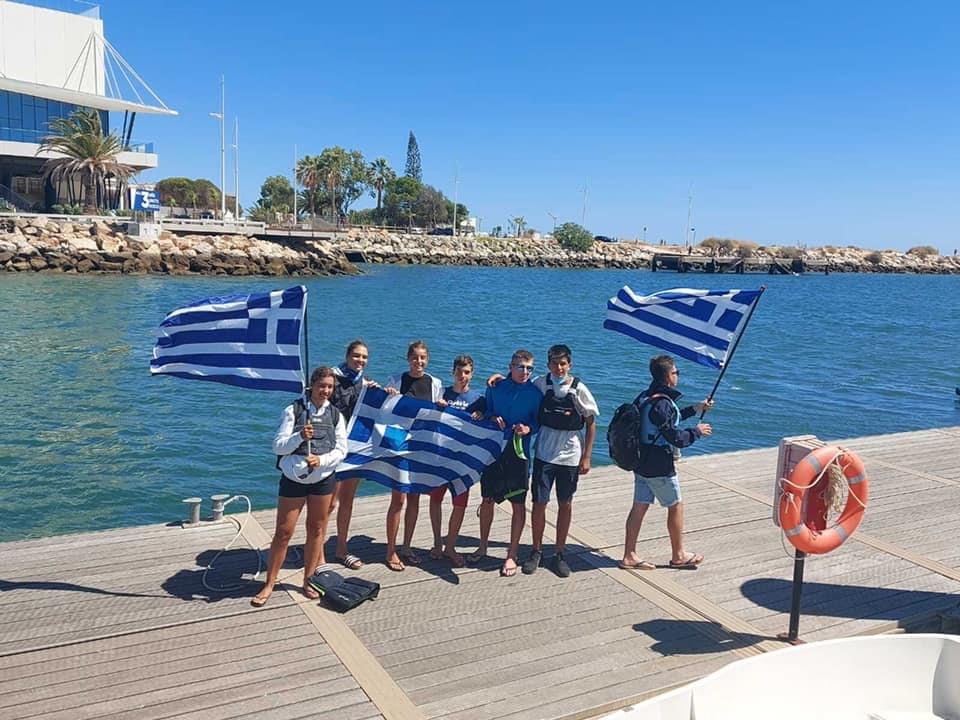